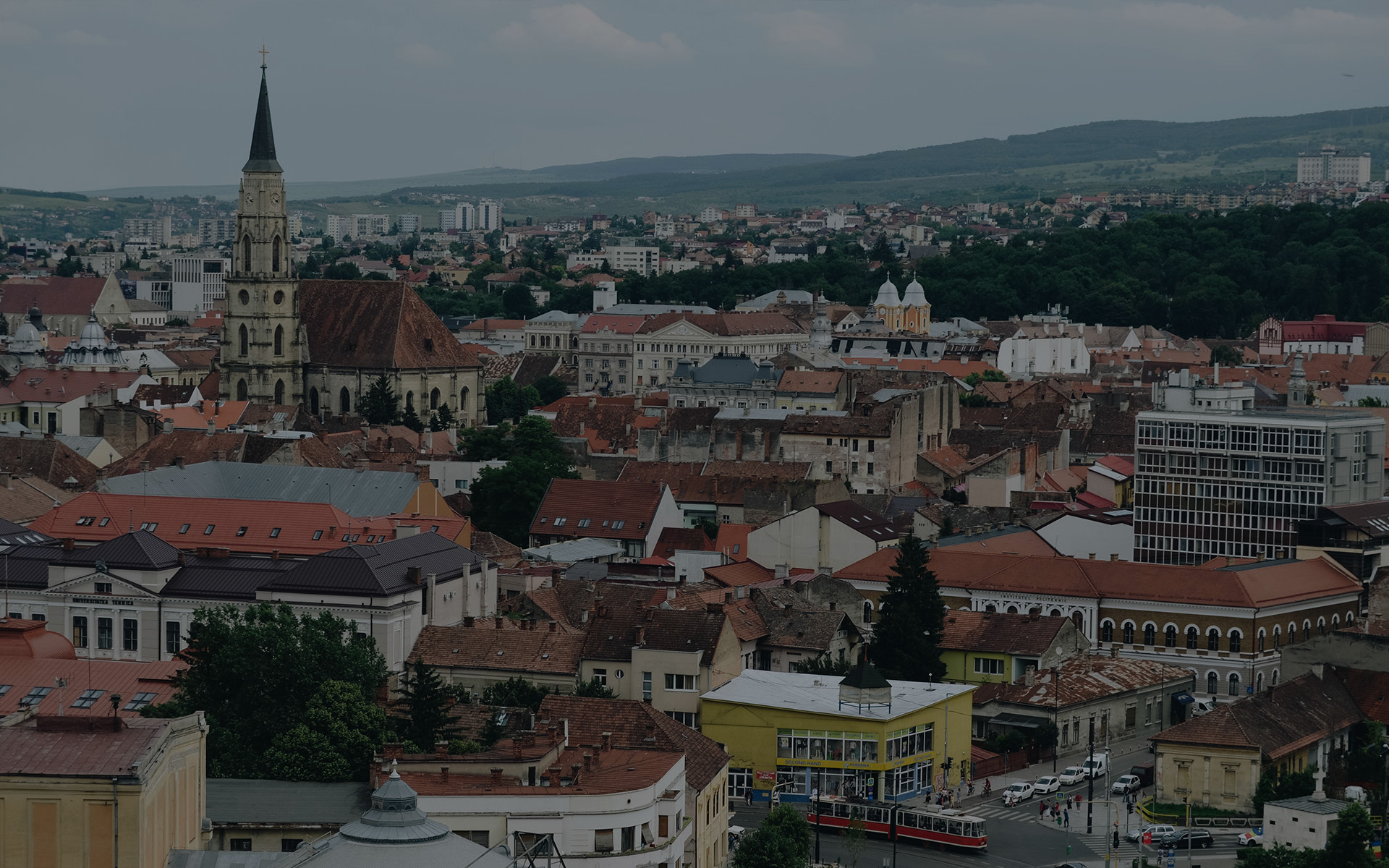 Places in Cluj you can’t miss

Văliug – the fairytale spot at the foot of the Semenic Mountains

This year, during TIFF (June 7-14), we arrived in Cluj for the first time, and the seven days we spent, almost made us think seriously about a possible relocation.

Why am I saying this? First of all, we were surprised by the calmness and the hospitality of people, something that you only meet in Transylvania, but also the city’s peace and magic. Somehow, you feel like living in another time, so we took advantage of our visit and saw Cluj from one end to the other, and, at the end, we had about 50 kilometers explored. Now, let's show you some of the places that you really cannot miss once you get to Cluj. 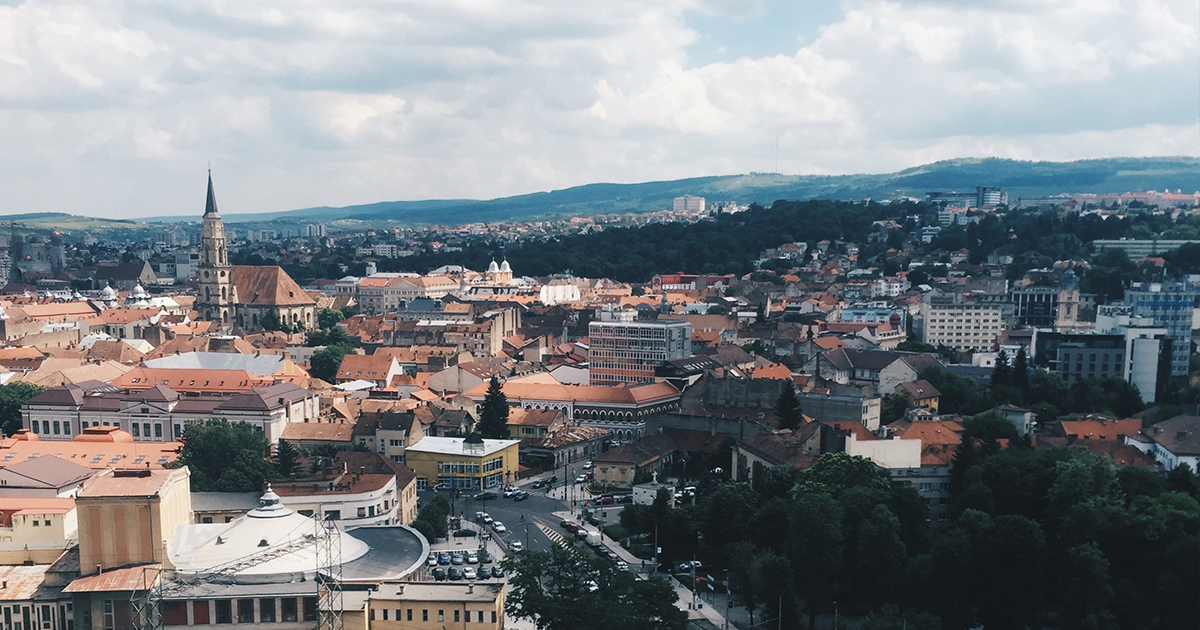 City of Cluj seen from Cetățuia 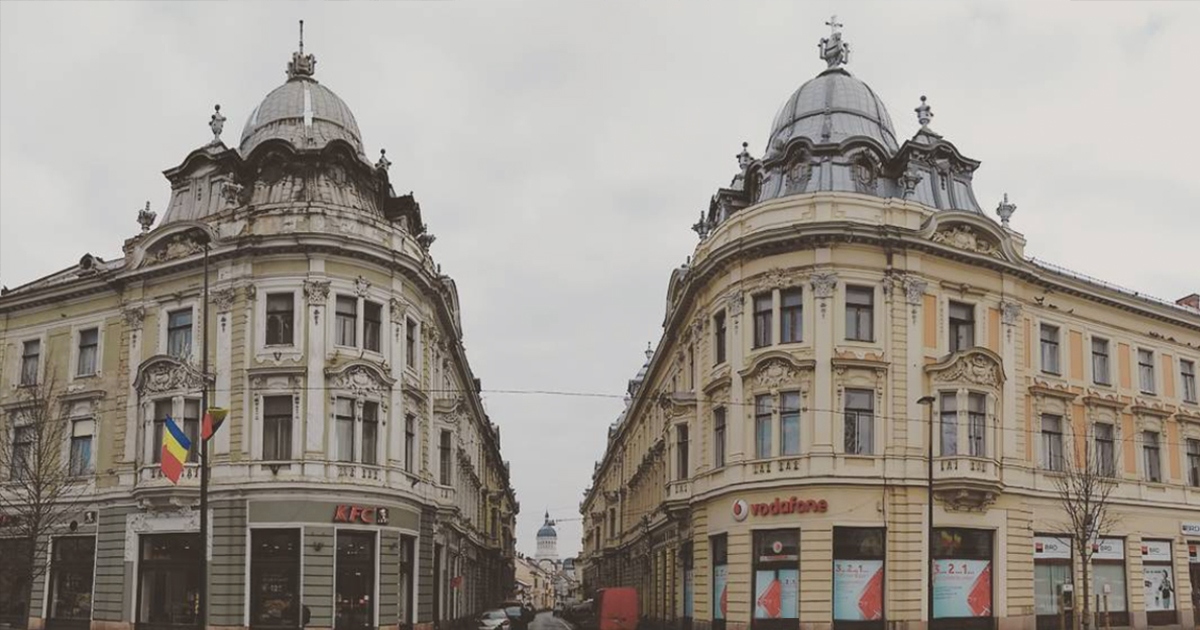 We were on the first day in Cluj, when the taxi driver told us that it would be a shame not to take a walk on the street in the mirror, so this was one of the first tourist sights we checked. It’s about the twin buildings on both sides of Iuliu Maniu Street. The buildings’ architecture is inspired by the work of Baron Hausmann, who restructured Paris in the 19th century.

One of the most representative tourist sights of Cluj, a romantic place with a rich history and a superb panorama over the city, which you simply can’t get enough of. But 3 centuries ago, Cetățuia was an all-rounder fortress with bastions and retreats, a garrison and a weapon depot built by architect Giovanni Morando Visconti in 1715-1735, after Transylvania had gone under Austrian domination. 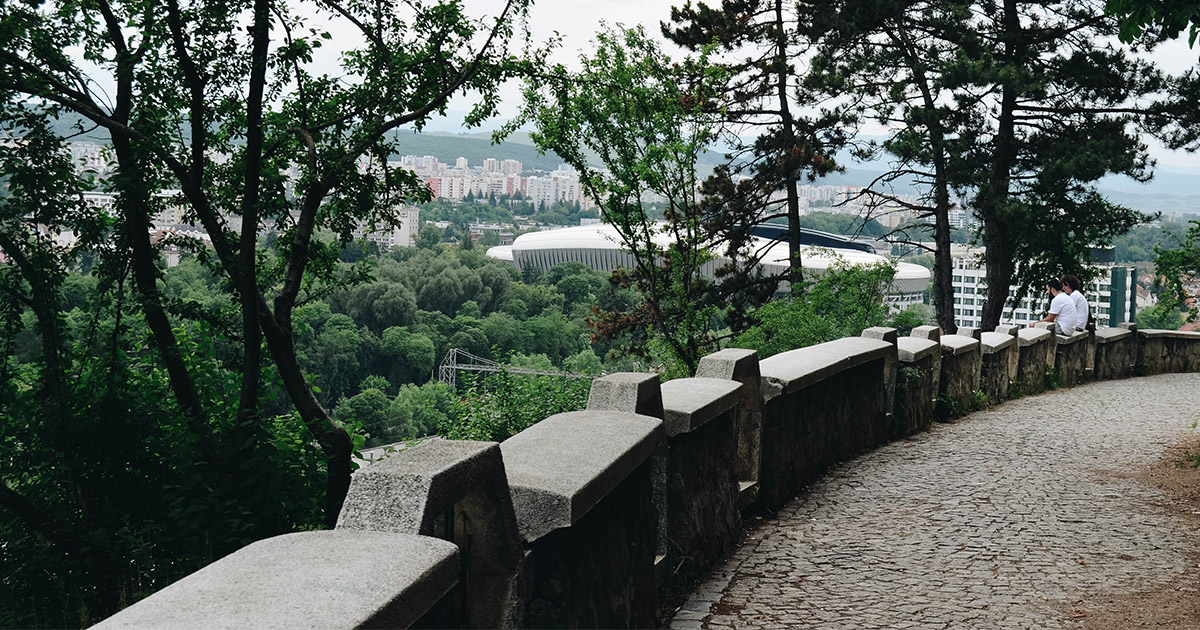 A century later, during the Revolution of 1848, it also functioned as a prison, but today it is the favorite place for those who want to enjoy the absolutely superb view. You can stop on the steps in front of the Panoramic Hotel, where you can take the most spectacular photos, or enjoy a coffee at one of the terraces on the hill, with the city at your feet. The truth is that, from here, you can see Cluj differently, especially in the morning, when the sun rises, but we promised that next time we will go up there and, on an August evening, we will see the full moon, and then the city lights reflected in Somes. 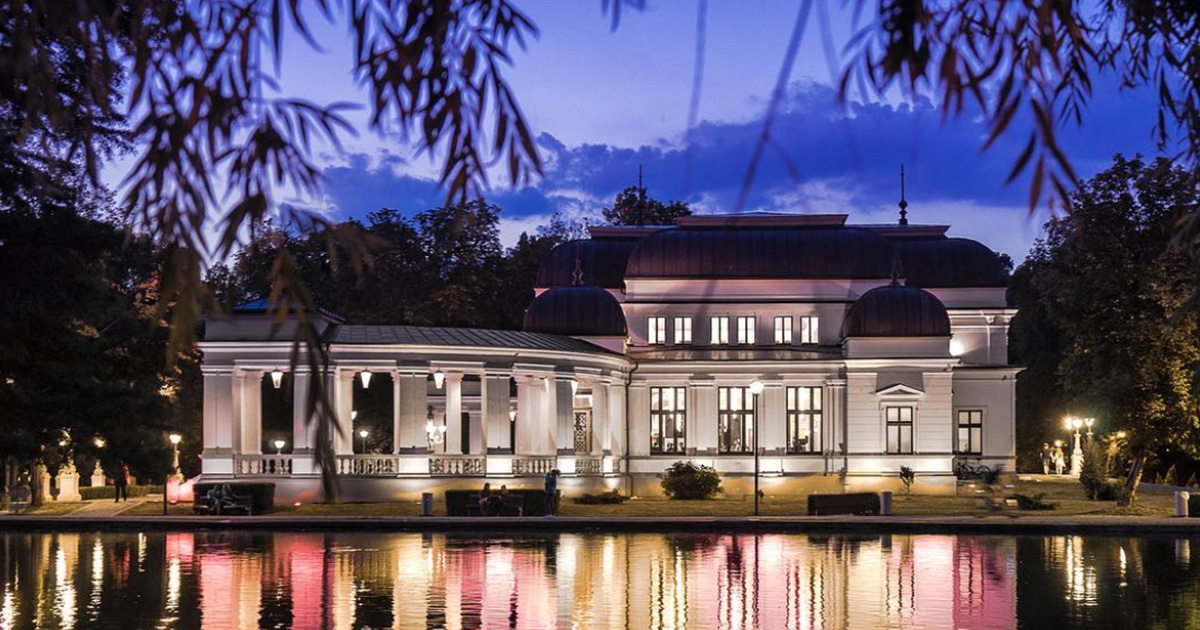 This green piece of land is the most beloved place by the people in Cluj, where nature and fun make a common front. Here, you will have the opportunity to ride a water bike, relax in one of the hammocks hanging between the branches or visit the Casino, a very old and beautiful building. And if you are a football fan, Cluj Arena is in the immediate vicinity, so do not forget to visit it.

Set on the former personal gardens of Count Miko Imre, the former Governor of Transylvania, the Cluj-Napoca Botanical Garden is the place where we guarantee you will lose yourself for many hours admiring the vegetation that spans on an area of 14 hectares and contains over 10,000 species of plants. One of the attractions is the Japanese garden, and the cactus greenhouse is in the immediate vicinity. But a visit to the Botanical Garden is not complete without a stop at the Great Halls. 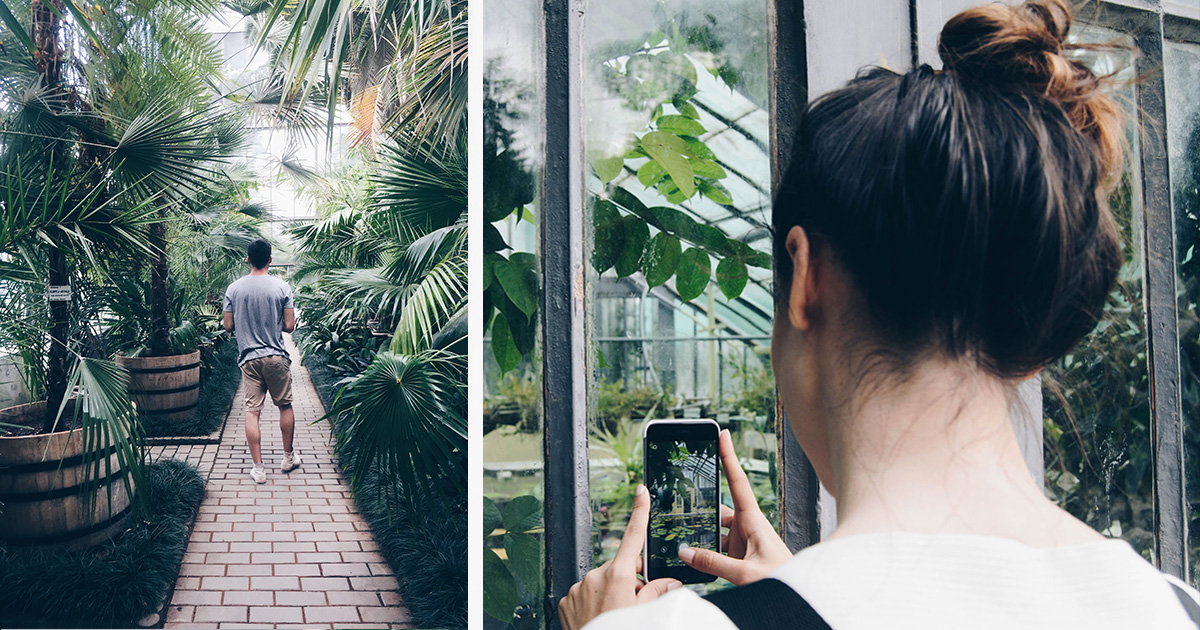 A huge glass building that shelters plants from the Amazon or Australia, and the garden’s stars are the 150-year-old palm tree and the famous Amazon Lapland (the largest lily in the world), which, in maturity, grows leaves of up to two meters in diameter. There would certainly be much to say about the Botanical Garden and its treasures, but it is best to go and discover it yourself. 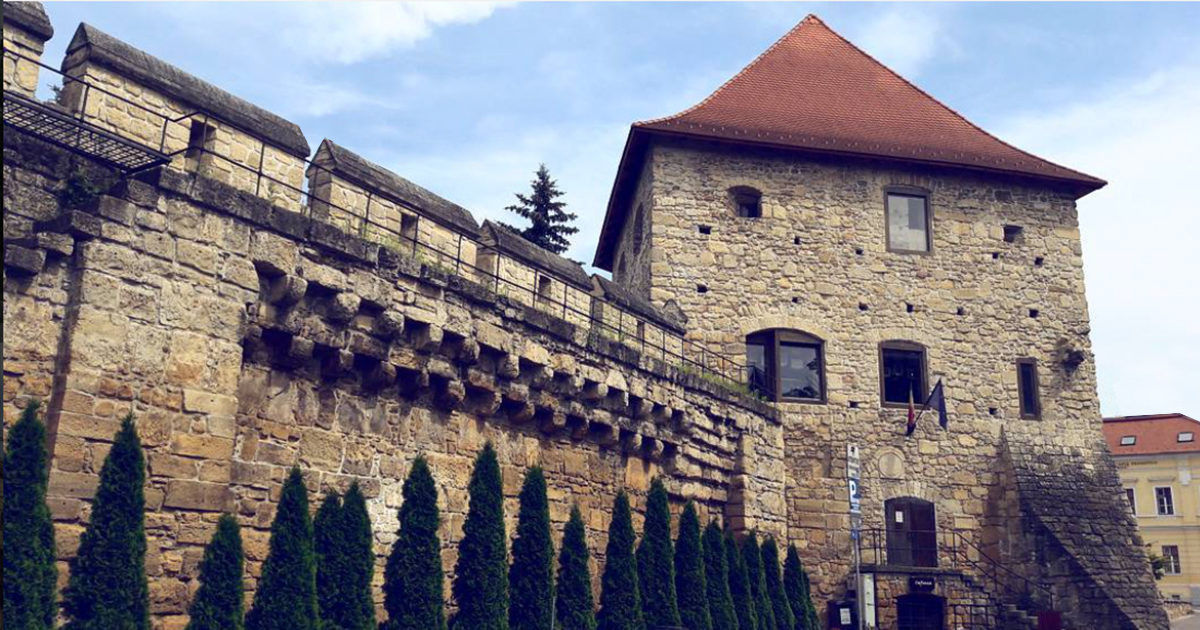 Another destination to be ticked if you arrive in Cluj is the famous Tailors’ Bastion, a fortification tower that was part of the Old Fortress of Cluj. Currently, it hosts the Urban Culture Center, and, in the basement, you can find some sort of establishment where you can eat or drink coffee, so you can then continue your tour.

The next stop is the Union Square, a kind of heart of the city and the place where the Cluj people meet, so do not be surprised if your friends will give you the same place as the meeting point: at the statue in “Unirii” Square. This is the largest and one of the oldest markets in Central and South-Eastern Europe, immersed in history, among the residences and palaces that watch its four views.

In the center is the Church of St. Michael, the second largest Gothic church in Romania (80 meters high), after the Black Church in Brasov. 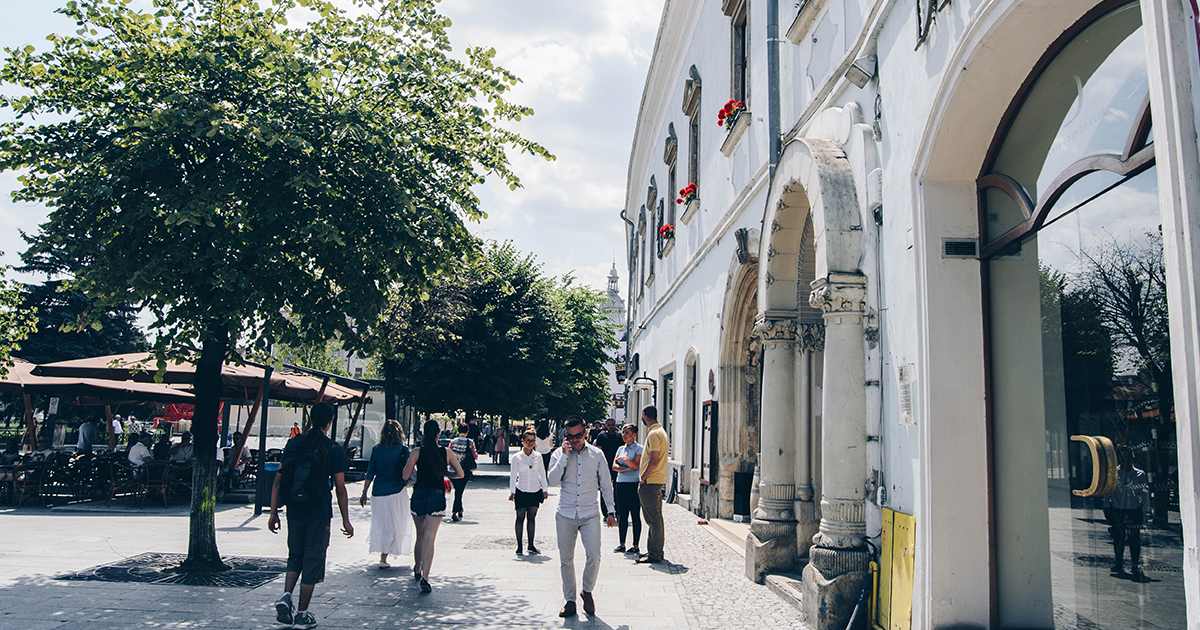 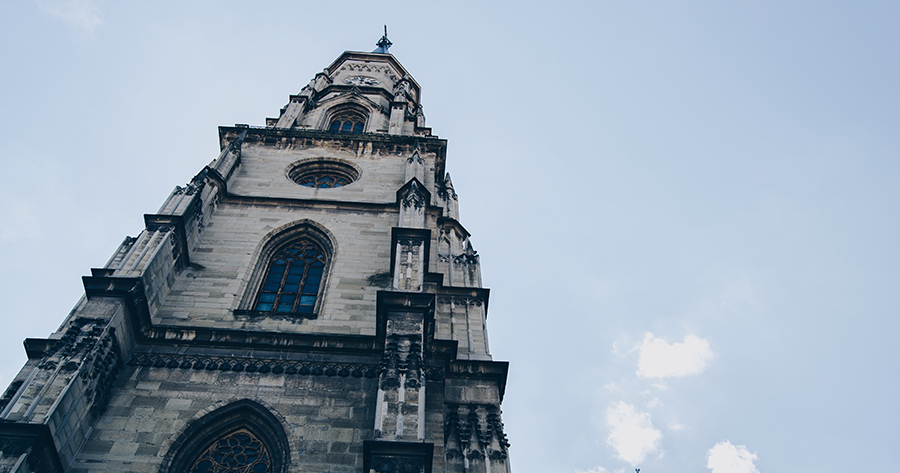 In the center is the Church of St. Michael, the second largest Gothic church in Romania (80 meters high), after the Black Church in Brasov.

Its construction began in 1316, during the time of King Carol Robert of Anjou, in the year when Cluj became a city, and took more than a century. In front of the church is the monumental ensemble Matia Corvin (Matei Corvin), which presents the equestrian king and his four generals, and holds a series of awards for sculpture.

Located somewhere at the outskirts of the city, the "Romulus Vuia" Ethnographic Park is actually an open-air museum that looks like a traditional Transylvanian village. Here, you can find things from wooden churches specific to these places up to peasant technical installations or craft workshops. You can have the surprise to meet some brides, this being quite a popular place for photo sessions. 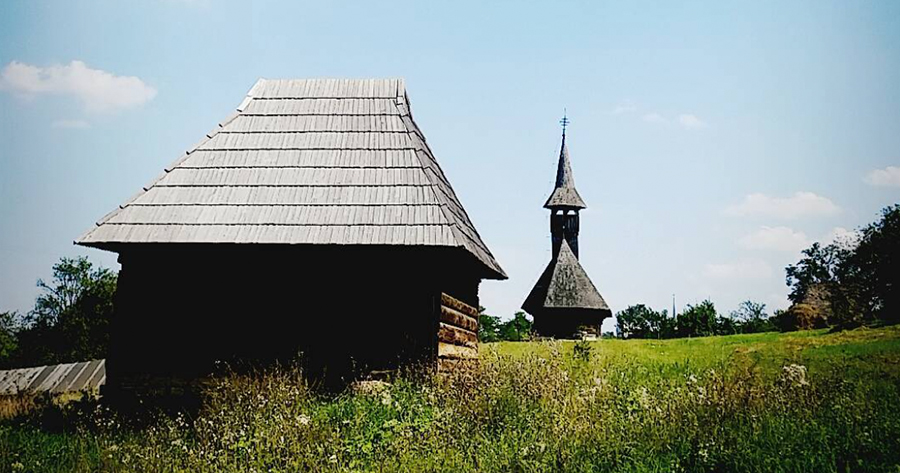 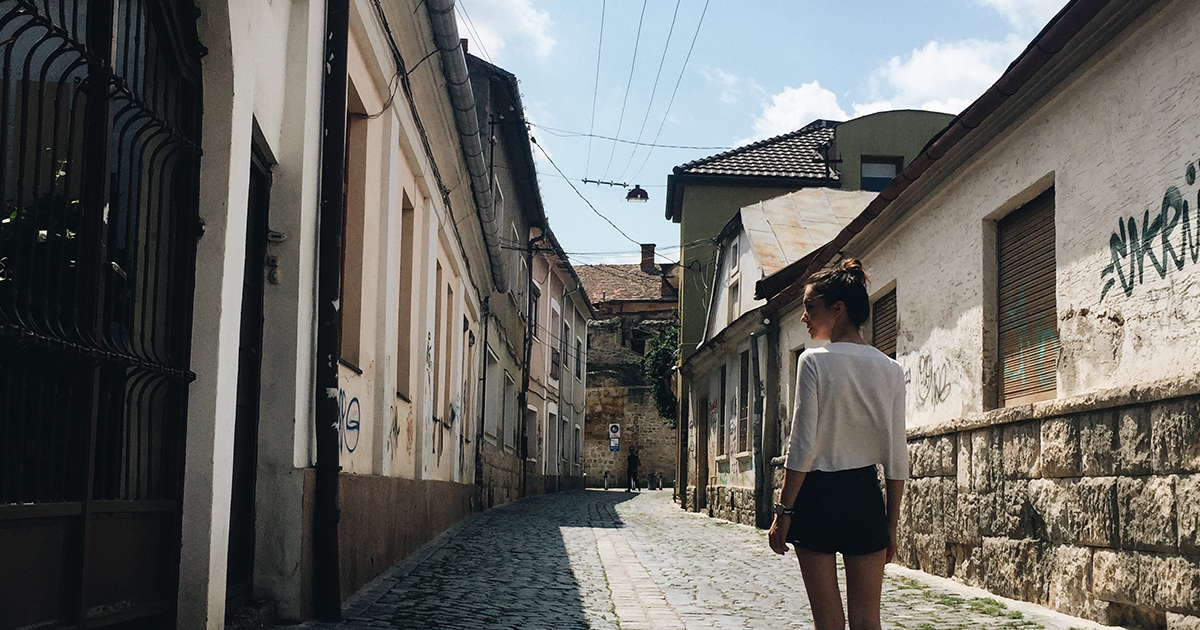 It is one of the most bohemian places in Cluj, which still breathes medieval times. So, whether it's winter or summer, a walk on the cubic stone-paved streets will take you through a lot of Gothic buildings, including Matei House, Matei Corvin's home, or Karolina Neo-Baroque Monument, the oldest secular monument in Cluj.

If you like SF stories, then you must get to the famous forest on the outskirts of the city. Once you enter here, you will feel that somewhere behind each tree, thousands of unseen beings look at you closely, and the strange phenomena that are happening are not just a figment since BBC journalists included the Horia Baciu forest in the list of the most haunted five forests in the world. It sounds scary, doesn’t it? 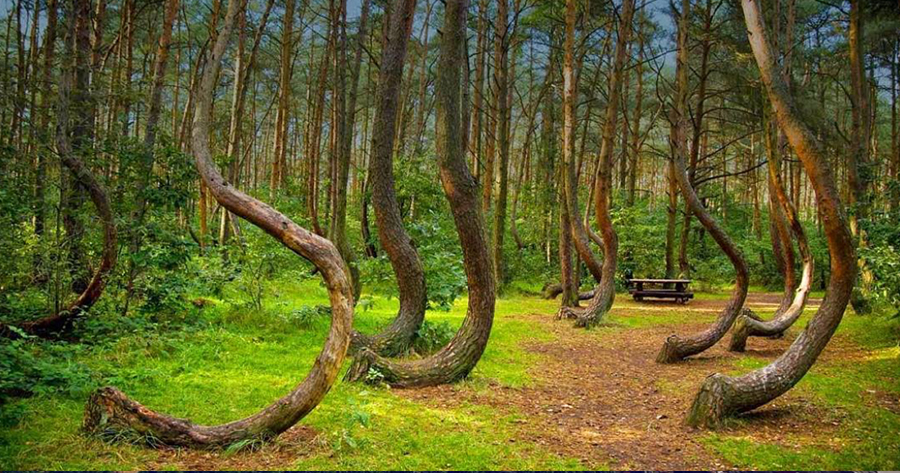 If you have arrived in Cluj, it would be a pity not to visit the surroundings.

Located at 30.4 km from Turda, the salt mine can be reached by car in about half an hour. On the route, you cross Feleacu and Tureni and the salt mine is located in the Durgău- Valea Sărată (the Salty Valley) area of Turda. Once inside, you will surely be overwhelmed by what nature's work in parallel with man’s one has managed to do.

The reed of Sic

It is the second largest reed stretch in Romania, after the Danube Delta. The reserve has 505 hectares, out of which 220 hectares of reed, where you can meet numerous species of birds, amphibians, reptiles, but also 42 species of plants. Enjoy the special view on the wooden pontoon that measures one kilometer in length and relax in one of the two turrets inside which are placards with information about the birds and the plants of the reserve.

In summer, this is the favorite place of the Cluj people, and if you have time, it would be a pity not to make a trip to the most famous lake in the region. It is like an oasis of greenery in the middle of which you can relax swimming, riding the boat or the jetski, or you can enjoy the view laying on the pontoon.

At 30 kilometers from the city, in a village called Aghiresu, lays one of the most beautiful natural lakes in Romania. With an unusual color that looks like azure, huge sand dunes, bright green rush bushes, and white sand, it looks as if it were taken out of a fairy tale. It is not arranged, but it does not seem to need it, because it has the air of wild beauty.

It is known not only for the beauty of the place, but also because it hosts Electric Castle every year. Also known as the Versailles of Transylvania, Banffy Castle is undoubtedly a realm of history that keeps the atmosphere of ancient times alive due to its architecture, but also due to its lake or green spaces in its courtyard.